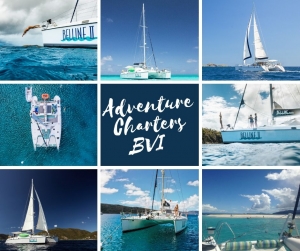 This week we lost a friend and captain, a man who had a good heart and always tried to help everyone.
As we celebrate his life, I hope everyone's sadness is replaced with wonderful memories of him.
📸@carolschoonhoven
#captain
#tribute
.
.
.
.
#adventurechartersbvi #belline2 #tortola #islandlife #goodbye #thankyou ...

The BVI Government update.
"From May 15th fully vaccinated tourists coming into the BVI will only be required to quarantine for 12-24 hours".
No more waiting now!!! Come and visit soon!

Please use this form below to request a cruise ship charter with Adventure Charters BVI. Questions? Feel free to call us (284) 346 7245, or send an email to info@adventurechartersbvi.com. $160 USD per person
-->
Go to Top